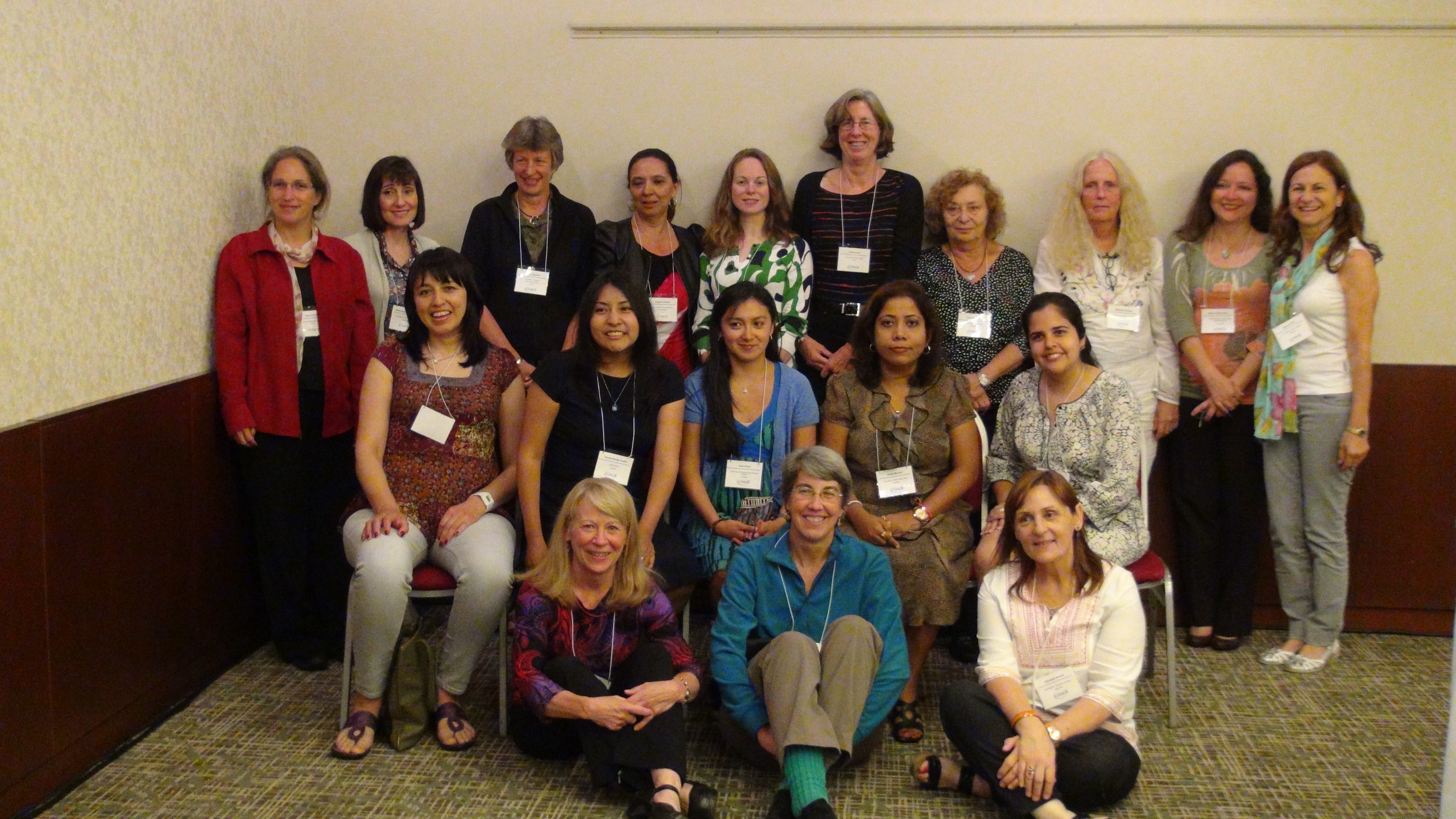 Preparing for and Mitigating the Effects of Natural Environmental Hazards

Regions: Latin America and the Caribbean

Latin America is optimally situated for environmental hazards, with severe weather problems in low latitudes and high probability for earthquakes and volcanic eruptions along the Pacific margin. Recent catastrophic events in this region have demonstrated the power and devastating impact of such environmental hazards. Women in developing countries in this region are particularly vulnerable to the effects of environmental degradation as it is well established that environmental hazards are among the major causes of global death and disease, and that the burden falls disproportionately on women and young children. Yet women scientists that could play an important role in research related to environmental hazards and also in assisting in outreach to communities are few and far between.

The focus of this project and subsequent activities is to develop a grass-roots, research- based network of women scientists in the U.S., Latin American and the Caribbean to lead and sustain efforts in their regions to understand, anticipate and mitigate the effects of environmental natural hazards including those amplified by climate change. The specific goals of the project include: (1) forming and fostering a network of women geoscientists in Latin America, the Caribbean, and the US who have common research interests in natural environmental disasters (2) using this network and the expertise of its participants to develop innovative and cross- disciplinary strategies to overcome research challenges in this area, and (3) maintaining and growing this network and to extend its outreach into communities by employing established methods that promote network development. The workshops are funded through a grant from the National Science Foundation through the RCN-SEES Program.

As a first step, COACh organized three workshops across this region that brought together leading female researchers in this part of the world to network and develop strategies to assist women scientists and women in their communities in being more successful in preparing for and mitigating the effects of these natural disasters. The first workshop held in Santiago, Chile on November 13-15, 2012 focused on tectonic related environmental hazards (earthquakes, tsunamis, volcanoes etc.). The 3-day workshop involved ~20 women scientists from the U.S. and countries from across Latin America and the Caribbean with expertise in volcanology, seismology, risk assessment, tsunamis and related natural disasters. The three day meeting provided the participants the opportunity to share their research and professional interests associated with tectonic hazards, to develop collaborative research and educational projects which COACh is helping to facilitate and sustain, to form the nucleus of a network of women scientists in this area that seek to use their scientific expertise to save lives and to help develop policies that will lead to improved preparation and mitigation of these disasters in participants’ countries, and to develop strategies for growing the network of women with research and educational interests in these topics. It also provided participants the opportunity to compare how their countries and cultures handle such disasters, how women geoscientists fare in career advancement in this largely male dominated field and what is needed in various countries to advance women into leadership roles in the geosciences in those countries. The afternoon of the third day involved an outreach activity that was held at the U.S. Embassy. Fifty low-income middle school girls from the Santiago region had the unique opportunity to conduct experiments with the women geoscientists attending the meeting. The experiments were designed to provide an educational experience for the students on some basic principles in volcanology while also giving them the opportunity to interact personally with some of the leading women in Latin America in this field. The afternoon ended with two dramatic explosions conducted in the Embassy yard which sent plumes of water and gas far into the air, much to the delight of all involved.

The second workshop was conducted in Buenos Aires, Argentina in November 2013 with a scientific focus on disasters associated with water and hydrology. The 3-day workshop involved 22 women scientists from the U.S. and countries from across Latin America and the Caribbean with expertise in water resource management, disaster preparedness, effect of climate change on rain, storms, flooding and mudslides and identification of areas where data collection is needed to better understand the impact of climate change on water resources. The meeting provided the participants the opportunity to share their research and professional interests, to develop collaborative research and educational projects. Similar to the first workshop, participants had the opportunity to discuss and compare the status of women in the geosciences in their countries and the career challenges that women face to trying to conduct their science and use it to help develop policy and practices that can reduce the impact of water related disasters.

The third workshop to be held in Montego Bay, Jamaica 2014 is focusing on disasters associated with weather and the impact of climate change on weather and atmospheric events. As with the previous two workshops approximately 20 women scientists from across the U.S. and Latin America and the Caribbean will be involved. A final event is planned at the Joint Assembly of Geophysical scientists in Montreal in May 2015 where we gather together as many of the three workshop participants as possible further networking and discussion of collaborative activities.