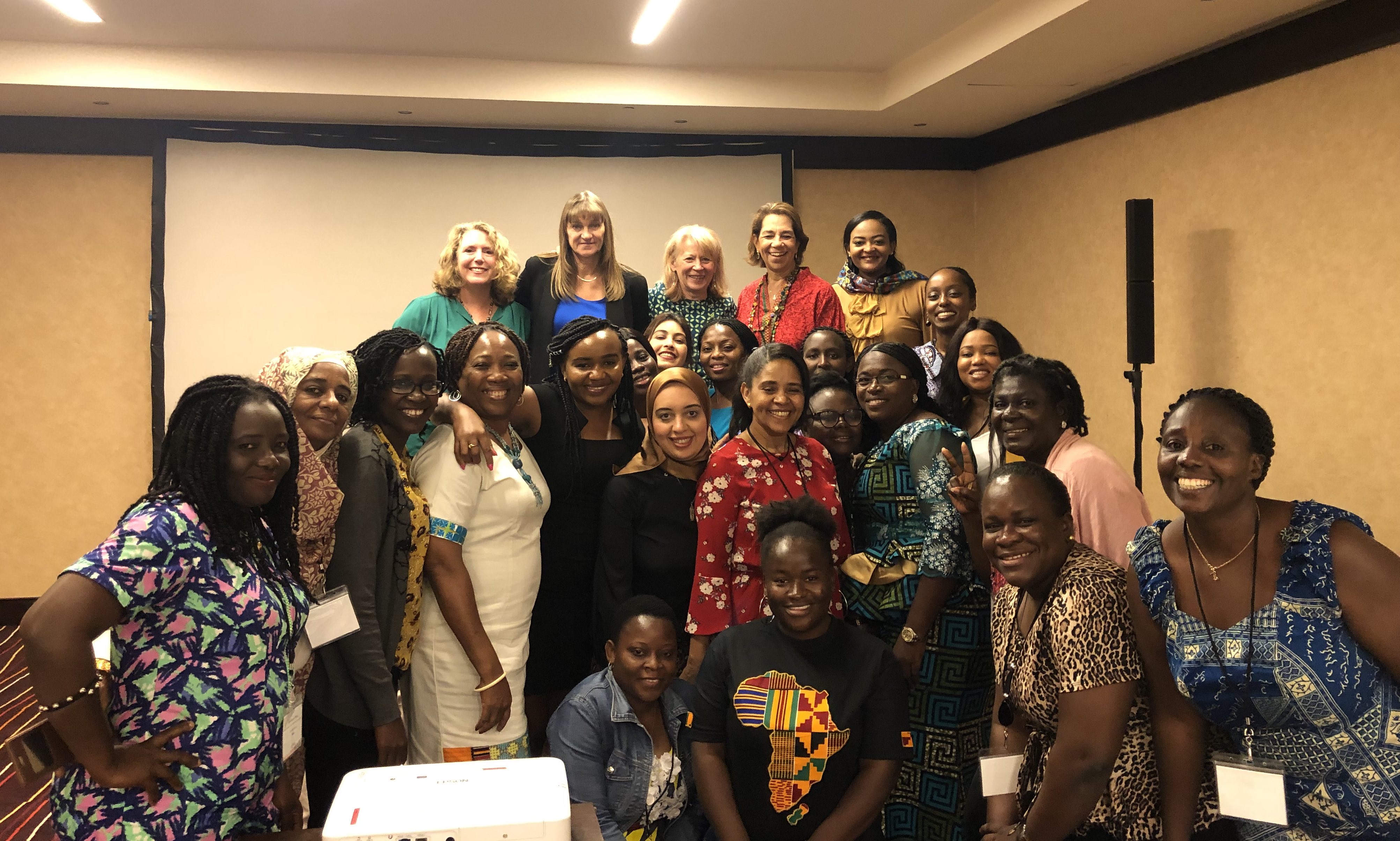 In 2011 COACh expanded its programs internationally with a focus on countries with developing scientific enterprises.  Funded largely by donations and special grants, COACh provides two types of programs, career empowerment workshops and topical partnership-building workshops.  Career empowerment workshops consist of workshop training modules in topics such as negotiation, leadership, entrepreneurship, publishing, proposal writing and communication.   The workshops are carefully designed in collaboration with STEM researchers and faculty in the host country to fit within the norms and cultures of the region.  To date, over 130 workshops have been conducted in over 25 developing countries in Latin America, Africa, the Middle East and Asia.  Contact us if you would like to bring workshop to your international conference or institution.

Topical partnership-building workshops bring together several dozen women scientists from different developing countries that share a common interest in a particular STEM topic of global importance.   The first set of such conferences entitled "Finding Common Ground:  Building Networks Between Women Scientists in the U.S. and South America" involved women geoscientists from the U.S. and Latin America working on natural disaster research and policy. Three workshops were held, the first in Chile on tectonic related disasters, the second in Argentina on hydrological disasters and the third in Jamaica on climate and weather related disasters.    The second project, the "Southeast Asian Nutritional Neuroscience Network" that was held in 2016 in Luang Prabang, Lao PDR brought together nutritionists and medical personnel from Vietnam, Cambodia, Lao PDR and Myanmar to gain expertise and collaborations around the issue of childhood stunting and the impact that the lack of appropriate nutrients in the first 1000 days impacts infant brain development. The third set of topical conferences that began in 2015 and continues today is focused on water issues on the African continent.  Entitled "Partnership Opportunities for Women in Water Education and Research" (POWWER), it brings together women researchers and policy makers from different countries in Africa.  With a project name of "Water First!"  the conferences bring together dozens of women scientists from around Africa that are working on water resource issues, research on water quality and water policy in their countries.  The first such workshops were held in  Morocco (2015), Namibia (2016) and Rwanda (2017) and funded by the US State Department.  More recently we have been funded by the Elsevier Foundation to conduct three additional workshops, the first held in Ghana in 2019 with two more to follow once travel can be resumed in 2021 and 2022.